Traditional Treatments Still in Use for Hepatitis C

Observing treatment status among hepatitis C patients surveyed, 45% had been previously treated but were unsuccessful, 41% had never been treated for their hepatitis C and only 14% were currently receiving treatment. Of those who have received hepatitis C treatment, most received it only once (58%), 25% twice and 17% three times or more. Of those individuals receiving multiple treatments, the typical cycle time was less than 3 years between cycles (64%).

The online Hepatitis C in America 2015 survey gathered insights from 403 individuals who tested positive for HCV and have been diagnosed with hepatitis C. The study not only asked individuals about their symptoms and diagnosis journey, it also examined quality of life and treatment experience.

The two most common forms of treatment ever used for hepatitis C are daily oral ribavirin tablets and weekly interferon injections (66% and 55% respectively). Of those surveyed, 44% had used both during their treatment journey. However, despite the more recent breakthroughs in Hep C treatments, daily or 3-times weekly interferon injections were used among 40% of individuals and Direct-acting Antiviral Agents (DAAs) were only used among 21% of individuals. 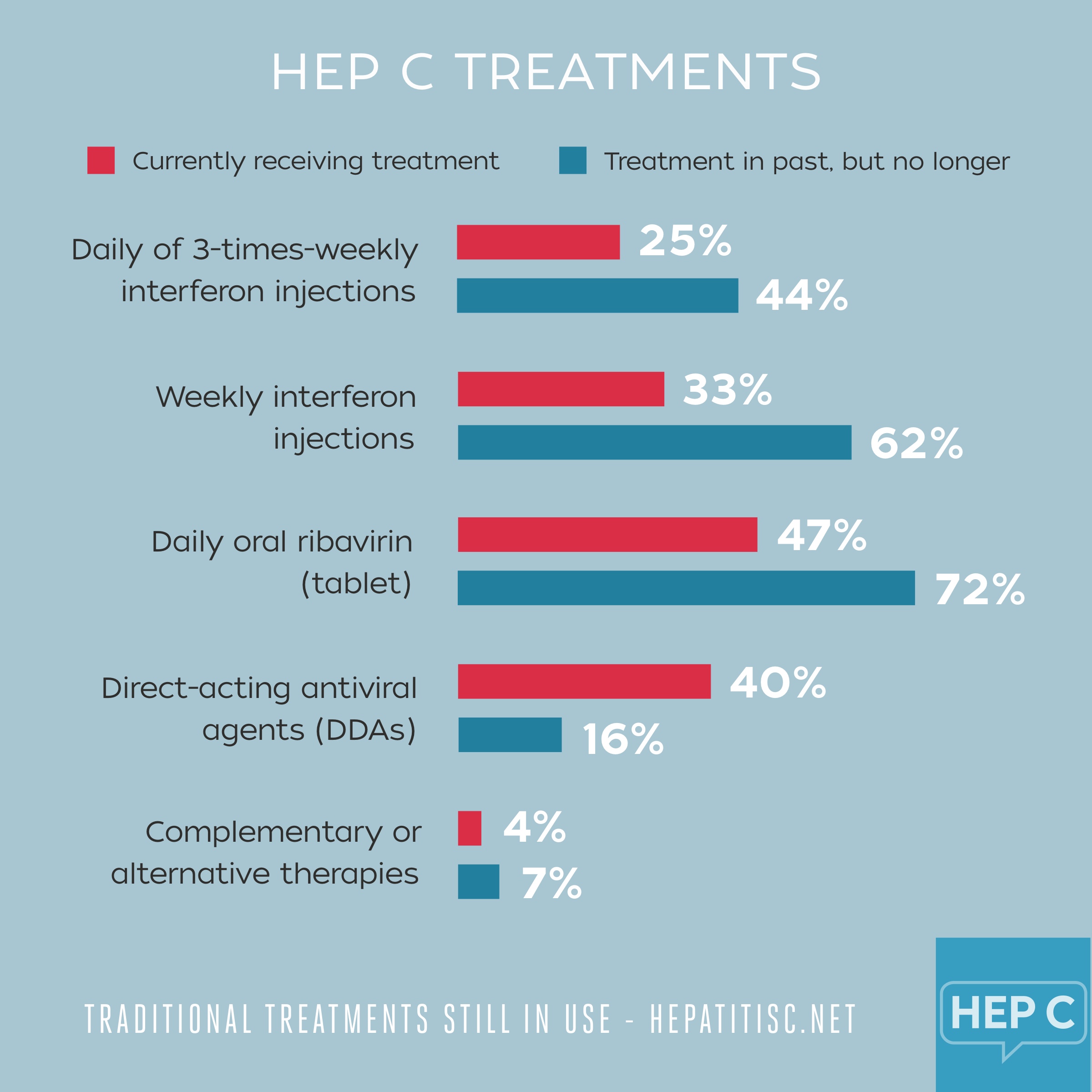 Concurrent with higher levels of awareness, Hep C patients are still seeking more information about new treatments (69%), particularly those who were treated in the past and are no longer receiving treatment (73%).

Although many people are aware of and are interested in the newer treatments for hepatitis C, the results of our survey demonstrate that the older treatment regimens, despite their lower level of efficacy, are still being used.