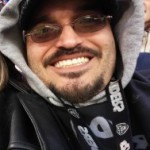 I was told that I had HCV acute phase in 2000, was high risk iv user I Was 18 years old and thought my life was over. The Dr told me that there was a 20% chance to clear it and not have it turn to the chronic phase. I was ashamed and hid it as well as I could living in a small town with under 1k pop. That Dr also told me that the damage was done that my life expectancyncy was 40. I never followed up. In 2002 I was incarcerated and during reception I told them what that Dr had told me. They ran some liver tests at the same time that they checked tb and hiv. When results came back they told me that I had a fatty liver but that other than that everything was clean,no signs of hcv. That was the news I wanted so I never looked back. After I was released in 2003 I drank pretty heavy for 3 years but no drug use. I now had children and started to make some better decisions. Around this time I was about 25 and I began getting white discoloration spots on my back and shoulders and reddish blotches around the top of my elbows. It would come and go but never completely leave or maybe it did but I couldn’t tell because of lost pigment. I assumed it was a sweat issue because I hardly sweat at all. At 29 I got a red bump on the crease of my thigh and groin that I figured was a ingrown hair but it never healed I went and had it lanced at the er the Dr said it would be fine but that he was sending for a biopsy. Next day these ppl are blowing me up sayin that it’s cancer and I need immediate surgery for removal .ended up being a kerotosis that had just turned squamous cell carcinoma. Was told the spot I had it was rare do to not much sunlight. After removal he told me he was gonna get it tested because hiv and hpv he noticed previous were possible risk factors. When he came back he said it was a hpv type. Around this time I also began having some issues. I noticed that my testicles had began to start rising up and more internal. I got a tattoo and the red ink locations took over a year to completely heal. My toes are starting to go numb and when I sleep my arms and hands always are going numb. Later found out that the tattoo haD MRSA. I also on my thighs I would get occational bumps that looked like a boil or a spiderbite. They never had much fluid in them tho. Ended up being cellulitis. I also began getting more frequent abscesses between my thighs, I always assumed galding. One of those abscesses got huge and ran once again on the Crease where my thigh and groin meet. I went to er was admitted, it ended up being cellulitis with MRSA and the abscess was about 7 inches by 1.5 inches in size. Had surgery to have it removed and was on a antibiotic vancomycin to fight off the mrsa. A day and a half later I’m experiencing renal failure from the medicine. Dr then told me I needed checked for hiv or cancer,i passed the hiv test again but during the cancer screening they noticed I had enlarged lymphnodes. So I’m following up for two months telling him this exact same story. And after my lymphnodes began to shrink he said I was good. I asked him what I should do next and it’s like they don’t listen to what I say. He said no need to follow up. So here I am .No hiv but it’s still takin crazy long times for anything to heal. I never have had a pcp I have 6 children and not the best job with I guess ok insurance. But every time I go to these Dr’s I end up getting sued garnished or some blemish on my credit report. Have no sick days. No points available. And without a PCP it seems impossible to get FMLA paperwork filled in a timely manner to where I don’t have to fear being terminated from work trying to get proper guidance. Now I’ve noticed that fatigue is getting worse . I’m starting to get hives on my back and stomach any time that I work hard or during intimacy that itch insanely bad. And I’ve also noticed that I’m having short term cognitive issues. Now erectile dysfunction is becoming a issue. My voice has become permanently hoarse it seems. I know I want help and I know I have responsibilities. I’m prepared to spend to get this treated whatever it is. I just wanna know how to skip the dealing with uninformed or unconcerned ppl and get lined up with someone who can get something put into place quick to where I don’t have to Miss a lot of work and if I do that I’m not gonna freak out over some paperwork mishandled and losing my job.I need the job to pay for the treatment, otherwise I would just quit. I want to at least try to live longer and healthier.