The hardest battle I have ever fought 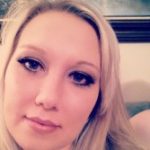 This is my first post on here and I wish I could have found it sooner for the support.

I was exposed to hepatitis C in a nursing home setting while at work. I was sent for several tests but never got any results back, so I thought no news is good news. Wrong! This occurred around 2003 and my second test came back with a high level of enzymes, which I was never told about. The doctor who found this died and I fell through the cracks. Skip to 2009 and I’m now 24, having to have a full hysterectomy. After the surgery was over, I was waiting in the office and went through my chart. I saw chronic hepatitis C in there and my mind shut down. I am bipolar with an anxiety disorder. So before the doc came into the room I was in a full-blown panic attack, which seemed to annoy him. We found out that I had had hepatitis C since around 2006 or 2007.

It was now 2009 and my condition chronic. We talked to the doctor about

Skip to 2014 and I begin to start having symptoms like pain in my upper right abdomen, or I was sleeping 16 to 18 hours a day every day. I couldn’t help my son with homework. I had to drop out of college because I could not focus, my depression and isolation became so bad that I didn’t shower or leave my house for months. By the time 2017 rolled around, my fiance had been doing everything–the shopping, cooking, taking care of our kids, all on top of his daily responsibilities. One day my son asked if I was dying. I was stunned and said, “no baby, what makes you think that”? And he explained how badly sick I was in ways that I hadn’t even noticed.

So I went back to my doctor and told him I had to take treatment no matter the consequences. The doctor then explained that my insurance would pay for the new treatment. We tried Harvoni first but they wanted a copay. Then we went to Mayvret. The bad thing with that was I had to quit my mood stabilizer for eight weeks and I had been on it for over ten years. The doctor was very unsympathetic and kept saying it’s only eight weeks. Anyway, I made it thru the eight weeks with a lot of side effects all the while being told that it could not be from the Mayvret, even though I knew it was. But I’ve tested clean from hepatitis C two times now and go for my third and final test next month. They have all came back clean so far and my energy levels, itching, grey stools, and side pains are gone. Not to mention the worst symptoms was the flu-like symptoms.

Can anyone relate to having a doc that seemed to be knowledgeable about what he knows about hepatitis C and treatment, but he was so impersonal and left me alone to make up my own conclusions?