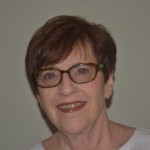 The HCV/RNA test by PCR tells the doctor and patient how much virus is found in the blood of a hepatitis patient. Patients often refer to this test as either the viral load test or the PCR. This test is recommended when a person tests positive for the antibody to hepatitis C.

The HCV/RNA test is the next step after a positive antibody test. The two reasons for a doctor to order the viral load test is to confirm a positive antibody test and secondly, after treatment, to know if the patient responded by clearing the virus from the blood. When a treated person has an undetected viral load twelve weeks after treatment ends with the direct-acting antivirals, he/she is considered cured. There is no reason at all to continue to check the viral load.

The detected viral load is reported as a whole number in international units. It looks like this: 2,125,377 IU/L. This imaginary patient has a viral load of over two million. The undetected viral load is reported in international units (UI/L). It looks something like this: <15 IU/L. That means the test used cannot count virus below the level of 15 international units. That frightens some people as they think that they still may have a tiny bit of virus that the test cannot measure. While that is true, the person’s immune system will more than likely fight off the tiny bit of virus that is left. However, the vast majority of those patients have no virus left but the test can’t measure to zero. So it is unnecessary to worry about the virus coming back. Just rejoice in the fact that you are cured when you see that <15 IU/L.

Does a high viral load make someone sicker?

I have noticed in comments made by patients that some believe if they have a high viral load, in the millions (some in the 10’s of millions), that they are sicker than patients who have low levels of virus. This is NOT true in hepatitis C. It is true in HIV testing. Also NOT true, is that people with high viral loads will progress more quickly and/or have more liver damage than those who have low levels. You do not have to worry about the severity of your liver disease depending on the level of virus found in the HCV/RNA test. During the interferon days, a higher viral load made it more likely that treatment would fail. Today, with the newer direct-acting antiviral medications, the viral load does not have a bearing on treatment outcome.1-2