Going on vacation with one of your best friends sounds like it would be an awesome adventure.

Unless you have advanced liver cirrhosis, you're two single dudes, it's a cruise and you think "yea let's do the awkward prom pic as an all aboard picture." 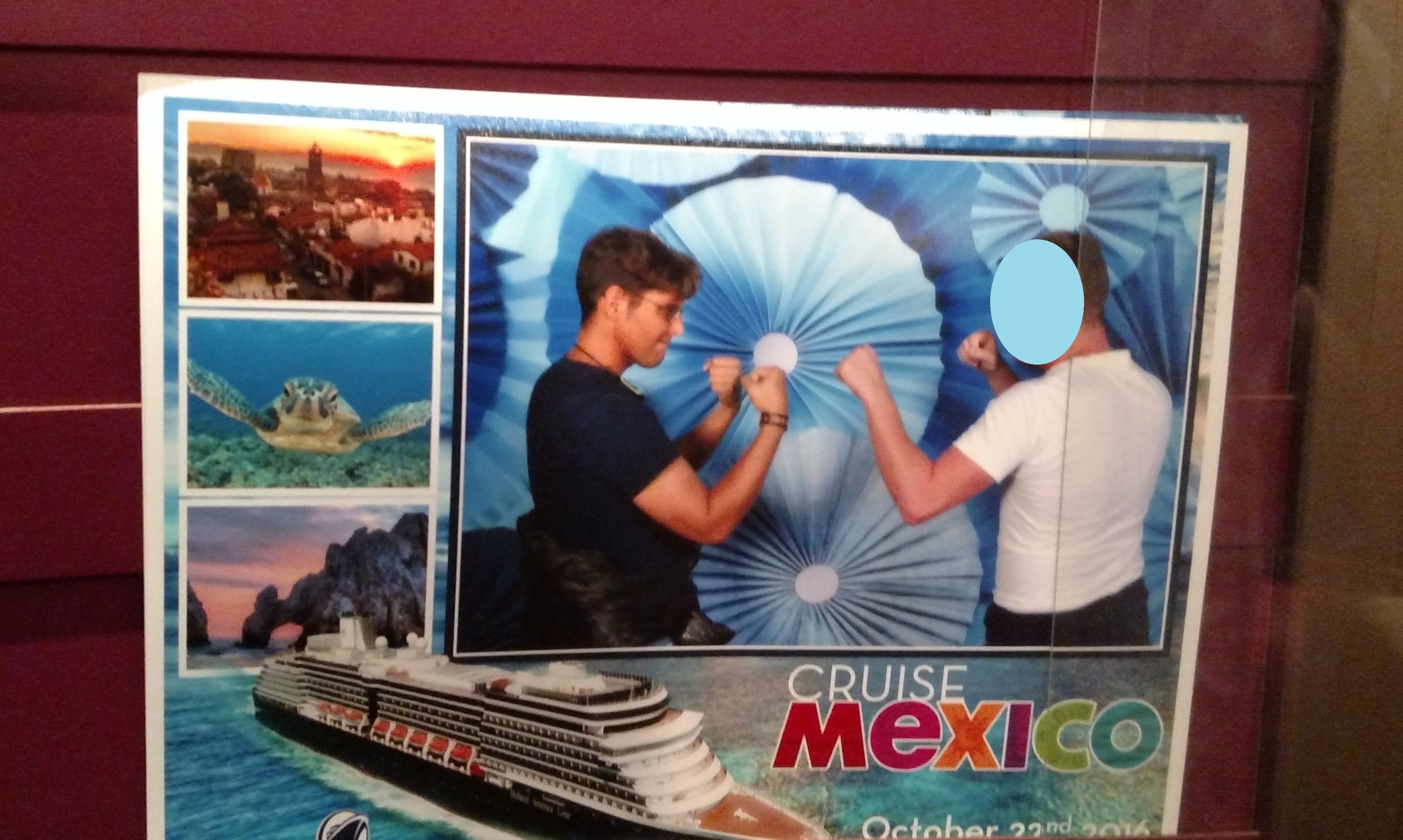 I should have figured it out when the photographer commented what a cute couple we were. Our room was accidentally bumped up to the larger size, but unfortunately for us that was the only benefit we'd find about our room.

The location meant that all the ship's trash, dirty laundry, and loudest occupants would traverse the halls outside our door. The draft would bring in the smokey air from the casino above, and whenever we docked the hall filled with the ships antsy occupants, talkative and jittery, they would often have no concern for the volume, nor time.

By the second day of the cruise these factors began to wear on me, as sleep became hard to find. I would carefully examine every menu searching for the foods I'd need to complete my newly assigned moderate sodium, low protein diet.

I had no idea that the low protein diet that my previous hospital trip had yielded me would only further the ammonia imbalance in my brain. My hepatic encephalopathy on full blast I couldn't make heads or tails of the days, and I began to feel ill. The massive amount of sodium present in all of the foods caused me to appear 40 lbs heavier than I really was (normally I'm a 34 waist, on this trip I buckled 40.). The irony was that I was vomiting nearly all of the food I was eating. Every night I would give back more than half of the food that I'd eaten that day. This nausea was only made worse by a newly acquired seasickness. I made the faulty assumption that my Zofran (anti-nausea medicine) would assist me in keeping down my food. In truth, the only way for me to not be a fount of half eaten rage from either end was to walk. So every day I would walk near 8 miles around the various decks, trying to soak up as much sun as possible. The hot air was my friend, and the humidity helped remind me to keep hydrated. In my attempt to correct the electrolyte imbalance I was over hydrating, and the salty food was not helping.

Long-Term Symptoms of Hepatitis C: Effects on the Whole Body

Is Your Doctor Speaking a Different Language?

Have you been diagnosed with cirrhosis?