Flails, But Not Fails: How To Slay Your Dragon, Part 2 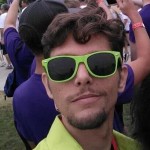 A friend mentioned that my treatment sounds more like a trio of classical composers than a medical treatment. As a combination of two different treatments and being post-transplant, I wasn’t sure what to expect. Like usual, I was trailblazing, so data was hard to apply to my situation for expectations and to send to my insurance, should I need to extend my treatment past 12 weeks.

The first few weeks are typically the hardest, in my experience. Photosensitive, groggy and a bit more emotional, the treatment wasn’t much different than Sovaldi and Olysio or Harvoni. Insomnia would randomly rear its ugly head, but it’s hard to say if that was from stress or treatment. Because after six weeks on it, I still hadn’t cleared the virus. It wouldn’t be until week 8 when I would clear it.

This disconcerting situation required assistance from my docs, I needed to extend my treatment to 24 weeks, as with my history, four weeks of remaining treatment with a zero viral load may not be enough. My doc sent in the request, which was denied with three weeks remaining. After the next denial, I began to set up a few precautions. I set up a GoFundMe should I need it, and contacted Legal Aid, a legal services organization for Medical/Medicaid patients. They were helping me establish my fight for another appeal.

I’d love to say that it was successful, but I’d be lying. With my 12 week treatment ending in three days, and a letter explaining the next step with a federal appeals court and an organization called Maximus explaining that their process can take months, I was shocked and angry at a system designed to let patients die waiting to be heard.

Preparing for a fight

Now it was time to gather my documents, because if my SVR4 (4th week post treatment blood test) was positive for hep C, I was prepared for a legal battle with the federal government, that I would likely ultimately die fighting for.

Thankfully for me, my SVR4 was clear, I was still clear of the virus. As many of you know, SVR4 isn’t the end, it’s just a good sign. But I’d been here before. Back in 2015, I’d cleared SVR4 just to find out 8 weeks later I was reinfected, so my papers were still ready just in case.