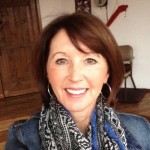 I recently asked my partner what he thought about when I first told him about my diagnosis. He said being sexually active with hep C wasn’t scary, because he knew it wasn’t easily sexually transmitted. We never thought of stigma. He did admit to a few other fears that he had. Maybe you or your partner can identify with them. Since I told him about hepatitis during our first sexual encounter, I thought it would be a big turn off. Nope. He did have other questions on his mind, though.

It made me feel good to know that his feelings were so strong for me. Of course, I probably wouldn’t have been in bed with him without feeling like it was going to be a long term relationship. He wasn’t one for super casual encounters either, but neither of us knew that evening was going to be more than just good music and homemade soup.

He totally made love to me like I was a dying woman. Everybody should experience that at least once in their lives. After I poured out my story about all the problems I had overcome, like jaundice, a varices bleed, (yes, I brought it up naked), and a special doctor who was trying to save me, he was in tears. He held me for a long time, and let me cry into his shoulder.

“Will she regret this in the morning?”

After I fell asleep in his arms, he told me that his mind was full of thoughts. He wondered how I would feel later. I was a typical primary school teacher, but that night things had changed. Asleep, I seemed vulnerable, and unarmed. He was afraid I would have regret, and run.

Over the next few days, I actually did withdraw. We texted, and then arranged to meet in public for dinner. I was a nervous wreck, wondering what he thought of me. As it turns out, he wanted to impress me too. I tried to talk music, but instead, he asked me what was happening with my doctor. I evaded the question, because I was trying to decide whether to treat hep C or not.

“Will she get the cure?”

One night, he picked me up and drove me to his apartment for dinner. He insisted on cooking a low-sodium meal that was safe for my liver. I was surprised, embarrassed, and excited all at the same time. He wanted to talk. Sure enough, the subject of treatment came up. There was info on the internet, and he had been reading. I told him about my appointment with the transplant center in another city. I was end stage, with advanced liver disease. My local gastroenterologist had already referred me. I was super casual and told him that the treatment didn’t have a high cure rate, less that 10%, and would require shots every week for a year.

He didn’t flinch. Soon, we would learn what it was like to be sexually active with Hep C treatment. That’s a whole story in itself.