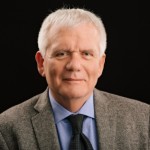 That was similar to my first response  when my doctor said “you have hepatitis C.” After I picked my jaw off the floor and managed to compose myself I could feel a great wall of dread come over me, but it may have been more of a stunned feeling at first with dread after. Regardless which came first you get the idea.

It was not a happy day, and on a list of my most favourite days…no, it simply does not make that list at all, but it was not by any means the worst day up to then.

Having read many stories and heard verbal accounts of how others felt at this time has been interesting and there is a common thread, which runs through most recollections of when they were told. Some may well have taken it in their stride but I don’t think very many have taken it well.

The people informing us can vary as to their role. Many were contacted in a very impersonal way with a letter from where they donate blood or the health department, and to be honest, compared to how well some doctors inform they may be better off with a letter. But, that is not for me to decide which they prefer given the shock and fear a diagnosis can cause to someone like me who knew very little about HCV.

Most people who have been given the diagnosis are part of the older demographic, like me. And I think that once over the initial shock they generally start looking for solutions rather than crumbling under the potential fear caused by not understanding what it means in their case. We are resilient, all of us regardless of age. I think it is because we have to be in order to survive, even at the most basic level.

The old “fight or flight” or anxiety reaction sure can get ramped up in these situations, and some will see a prolonged period of anxiety over the “what ifs” and the like.

No matter how we react on the news of having chronic hepatitis C we know instinctively that it is bad news, even if we are unaware of the details of how. As I have said before, knowing all about the virus, how it works, what we can expect to happen, and all the rest can be discovered in time and if we choose. There are several things, which appear beyond our control, and decisions seem to be up to others almost from day one, but one area we have some power is in how we choose to deal with these things.

I am no psychologist and I don’t pretend to have an answer for how best anyone should deal with a hep C diagnosis. It was very hard at first for me, but things did improve once I knew I was not alone and that there were others who would share what they had learned or simply experienced, which gave me hope.