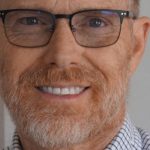 I struggled at school when I was younger. I would probably be labeled with ADHD today, but school was not a strong suit when I was a kid. Especially tests. Even in grad school in my 40s, I did poorly on tests. I’ll take a twenty-five-page paper over an exam any day.

I remember one particular test in 8th-grade English. I left the classroom feeling confident that I had aced it. I recall getting the graded paper back the following week. My grade? 53%! If you are as mathematically challenged as I am, you might not recognize that 53% equals an ‘F.’ I had failed the test I was certain I aced. I remember how I felt at the time— it felt like a sock in the stomach knocked the wind out of me.

Gearing up for the test of treatment

Following the 12-week Harvoni treatment, I was equally confident that I would do well on the test. In this case, obviously, the test was a simple blood test to see if the HCV virus was still detectable.

My wife, Mary, and I marched confidently into the doctor’s office. On the way in, we discussed how excited we were to have this monkey off our backs. I was expecting to be cured. We had cause for optimism. Overall, I had done well with the treatment, save for feeling some anxiety and what I dubbed Harvoni Head— I was simply scatter-brained during the treatment. But I felt it was working. I had more energy. And, my viral load was tested after four weeks on Harvoni. That call was really surprising:

I jumped for joy. Surely, I was on the path to the cure. I contracted hep C in my teens during a period of IV drug usage and needle sharing. I wasn’t diagnosed until 40. So, it’s possible I had the virus for 25 years prior to my diagnosis. Since my diagnosis, my viral load has been all over the map. Sometimes, it was several hundred thousand. Sometimes, 2,000,000. Never were those numbers reflective of how I felt, physically. So, I learned not to read too much into my viral load. But 218? That’s cause for celebration. Woohoo! Good patient. Have a donut.

Then came my next test…

Eight weeks later, however, the news was not so encouraging. The virus is still detectable. Again, like a flashback to 8th grade, I felt like I had been socked in the stomach. In addition to feeling socked in the stomach, I went into a shame spiral. Starting with how stupid I was to experiment with drugs and needles in 1970-something and leading all the way up to my Harvoni treatment, I could not help but think I had done something wrong.

I missed the medicine three times; so, the treatment took 12 weeks and three days. Maybe that was it. I failed the treatment because I forgot three times to take the pill. Bad patient. No donut. Obviously, I am a real statistical outlier. I went on from that (and many other) failed English test(s) to get a Bachelor’s in, you guessed it, English, and a Master’s in Theology. Similarly, while 94% of patients treated with Harvoni are cured, I’m among the 6% who aren’t… yet.

It appears the end of this story has not yet been written. While I was still with the doctor, she recommended I get insurance approval for a rescue drug. It, too, is very expensive, but the results, she said, are very good. Then, about a week after my appointment, she called. In consultation with a liver specialist at UCLA, she decided to tap the brakes on the rescue medication. Rather, she said, we would wait 12 weeks and get re-tested. Occasionally, patients who test positive on Harvoni after 12 weeks of treatment test negative 12 weeks after stopping treatment. Research supports her assertion. The Oxford Academic Journals concludes, “low levels of quantifiable HCV RNA at EOT (end of therapy) do not preclude treatment success”.1 So, I am in a holding pattern until Christmas. Passing the next test then would make it the best Christmas ever…