My Diagnosis and Coming Out 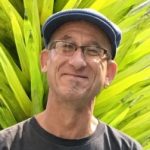 Once the news sunk in, the hardest aspect of being diagnosed with chronic Hepatitis C was coming to terms with my own addictions and informing my family and friends that I had this illness. For me, this was both hard in having to admit the choices and habits I adopted as a youth that now had serious impacts upon my health, and in the potential ramifications it might have on those whom I loved, and in some cases, was responsible to provide for.

Breaking the news to my wife

I hadn’t hidden the fact that I used drugs from my wife, but I didn’t lay out the possibility of contracting hepatitis either. Her knowledge of risks associated with drug use was understandably naive. She never pushed me to get tested, but was more worried I could be infected with AIDS/HIV, as was I. When I did consider testing, we had the conversation, and once the diagnosis was confirmed, she had questions about sexual transmission, which based on our research, was not a significant risk. Other than these concerns, she was supportive and concerned about my health and that I live a healthy lifestyle, and continue getting liver biopsies to monitor the disease.

Talking to my daughter

Telling my daughter proved to be particularly trying and difficult as she had, at that point, no knowledge of my youthful indiscretions, and had a positive image of me as a role model. I was apprehensive and conflicted that it could threaten our strong and close relationship and impede our continuing honesty and affection. I also felt that not to tell those I loved was unfair, as their concern for me carried an obligation to be honest and transparent. I say this in hindsight, of course, as I did delay and procrastinate after receiving the news as I considered how and what to say to them.

Disclosing to other family members

My sister and brother were not surprised, though concerned, and were relieved following the successful treatment. I never told my parents- my mom passed in 1991 and my dad in 2017. Both parents knew of my drug use, though not the extremes that it had reached. Since my dad was alive when I got the diagnosis, I could have told him, but he had been diagnosed with Alzheimer’s and was coping with his own anxieties and medical uncertainties. I was sure the news would heighten his stress and, certainly, not provide me with a needed benefit, since I had a supportive network in place. To be honest, I also questioned what good would come out of telling him. He was immensely proud of me, and since he was reaching the end of his life, his pride of being a good father was more important than being honest for the sake of honesty. I never did lie to him, I just never told him of my diagnosis and he never asked.

Deciding what to tell friends & coworkers

I have only told one co-worker about my diagnosis or treatment. With most of my colleagues, I don’t have close friendship, and as I work in a large public institution, I saw no great benefit to telling them, and could cause several potential problems, as I felt it could be used against me by the institution. Since it never compromised my work or health to any significant degree, it seemed unnecessary and unproductive.

Many friends had known about my past life and participated in the same activities, thus the conversations had been ongoing as friends were diagnosed, underwent liver transplants or the horrible treatments then available, or passed away.

In reflection, my trepidations concerning telling friends and family proved unfounded, and all were both concerned and very sympathetic to my fears and awkwardness about the situation. I suppose I should have told them sooner. Had I not chosen to keep my diagnose secret prior to treatment, I may have had a broader and more insightful sounding board to discuss the anxieties associated with the illness, and may have had the opportunity to better vet the information received from medical personnel, articles, and the internet.

The real absurdity became apparent when my doctor was conveying the news that I had tested positive for Hep C, and he tactfully suggested that maybe I had contracted the illness through shared needles? He was, in his way, trying to comfort me with stories of other patients who had used in the 1970’s and done well with their treatments, but I never acquiesced to the cause, though he clearly knew the back-story and was helping me to confront and admit my past and current predilections to indulgence and harmful behaviors.

As with many secrets, the relief, once disclosed, was liberating. I still only selectively reveal my diagnosis, which is now less onerous since treatment. I realize every patient’s situation is unique and personal, and that many of those infected may not have sympathetic friends or family, and that revealing their condition may not be easy nor will they be supported.