Children and Youth: The Silent Victims of the Silent HCV Epidemic – Pt. 2 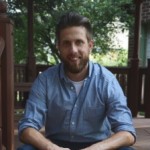 After reading part 1, you may be asking…

“Why are kids in foster care at a potentially higher risk for HCV exposure?”

Great question and thanks for asking!

Well, to begin with, a 2013 Yale study found HCV can live on a dry surface at 71 degrees Fahrenheit and be viable for transmission for up to 6 weeks.1 This opens up a lot of people to potential exposure indirectly and risk of getting HCV. For youth who have lived in homes where injection drug use was present this could mean an accidental needle stick or other blood exposure.

The fact is, in a chaotic environment where substance use is happening, a needle stick could go unnoticed. And even if the “risk” is low, it’s still a risk we should take seriously. We have no way of knowing a child in a home where there was chronic heroin use was accidentally stuck or not. We can’t know how common and how significant it is unless we begin testing. The good news is we have reliable information to go off of that was released by the CDC in July of this year in a Morbidity and Mortality Weekly Report (MMWR).2

This makes the risk to infants and children more clear. Since 2013, Indiana and Ohio have seen sharp increases of children coming into foster care from homes with opiate use.3, 4 Indiana, Ohio and Kentucky have been intimately linked to the opioid epidemic. This is seen by the 2015 HIV/HCV outbreak which happened in a small rural town that borders all three states. And all three also sit near the top of U.S. states with the greatest increase in overdose deaths from 2000 – 2014.5

In places that are under staffed, underfunded and overburdened, there are inspiring efforts being made. Kentucky, and others as well, continue concerted efforts to track cases of vertical transmission so we can get a clearer picture of how pregnant women and children are effected by HCV. State and federal agencies are partnering with national organizations to think collaboratively and out of the box to find solutions.

This is part 2 of a 3 part series. Stay tuned for the final installment.