Accepting My Fate: The Consequence and Opportunity of My Life with Hepatitis C 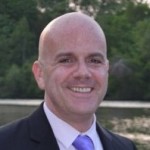 As I write this first article, I want to be sure that what I say is based on my experience and how I lived with and accepted a virus that potentially could have taken my life. In 2001 I worked for my local health department in Boston as the first Hepatitis C educator my city ever had. It was an exciting time because there was funding available for several of us to reach underserved and marginalized populations that were in need of education and information. This kind of work attracted me for, many reasons particularly LGBT homeless youth.

Battling Daily Fatigue and Other Symptoms

I hadn’t been in the new position three months when I started to notice things weren’t like they were just a short while before. My life was great, but my energy was down. I’d been clean and sober for it was 2001 and I was sober for 12 years and very active in my sober community (so as a sober man I was more aware of my body and how to respond to it), but I needed more naps. That wasn’t me, as someone always on-the-go and active in the community. Something was up, so I went to my primary care doctor.

This didn’t go well. I wasn’t sure how to describe the symptoms of this daily thing that made me so tired. My uncertainty frustrated him. My vagueness and his frustration made for tense, rushed visits increasingly ending with him offering me various medications which I’d decline, insisting that I’d just “take better care of myself,” and that would fix it. After all, maybe I wasn’t feeling any different really. Maybe it was my imagination. Maybe if I just quit smoking.

Not Feeling Heard in the Doctor-Patient Relationship

But in a few weeks, I needed him again. I was feeling even more fatigued, but it had nothing to do with smoking (although I knew that was something I needed to address). I made the appointment and steeled myself for the visit. As I explained my symptoms in a much clearer manner, he offered medication – maybe try this, maybe try that. I repeated that I wasn’t seeking medication. Should I get a second opinion? That idea didn’t go over well, as he kicked his stool away with it slamming against the wall, informing me that I was non-compliant and not willing to listen. It took a second to realize this guy is out of control. I told him I was entitled to a second opinion and that his behavior was unacceptable. I couldn’t believe my own words – speaking up after months of feeling shut down by someone I trust. As he wrote down the name of a referral, I realized: This guy’s not in charge of my health; I am. I didn’t want his referral; he’d just present me as a non-compliant patient. Something in me changed.

Still, heading to work a million thoughts ran through my head: “I deserved this,” “I should have been a better patient,” “I’m not worth it,” and on and on. I was questioning myself – especially as a recovering addict – actually somehow believing the shame-filled illusion that I wasn’t owed the same healthcare as non-addicts because of who I was. (For the record, that belief is ludicrous. Why would I allow anyone to make me feel less than? Everyone deserves quality care, and I’m in the category of everyone.)

Arriving at work, I spoke to my supervisor, and she helped me with a phone number of a healthcare practice at a major area hospital, for starters, and I was on my way. Almost. I waited before I called the practice. I wanted to be sure I was up for going through this again with a new doctor – especially at this new hospital which is pretty conservative (I’m a rough-around-the-edges type). But I called and met a great provider within the week – one who listened to my concerns and responded with action. This has changed everything.

Check back for part 2 and hear more of Paul’s story.