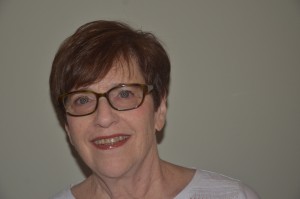 I was diagnosed with hepatitis C and cirrhosis in 1991. My only symptoms were fatigue and a lack of stamina. Most people who were diagnosed earlier were told they had non-A non-B hepatitis and it was nothing to worry about. We now know that hepatitis C is not a benign disease but is asymptomatic in the early years as it quietly progresses damaging the liver. I was terrified and found that my doctors knew very little about my virus. I tried treatment over and over again each time a new interferon came available or a new combo treatment was approved. I never responded. In 2013 I got my SVR (sustained viral response) in a clinical trial with the new direct acting antivirals. I never thought I would see the day that a virus was cured with medications.

Soon after my diagnosis I began to work in the hepatitis community as an advocate and an educator. In 1999 she started the Hepatitis C Association with a mission to educate patients and providers about this insidious disease and give patients a place to talk about their fears, their hopes and their dreams for a healthy life. Meeting and getting to know other patients inspired me and took away some of my fear. I learned that helping others helped me, as well. As time went on and patients learned that I had cirrhosis since diagnosis and I had treated and didn’t respond so many times, yet I was still here and living my life, that gave them hope and lessened their fears.

Since my diagnosis I have been an active hepatitis C advocate for education and awareness. I have participated in CME and CEU programs for physicians, nurses, case managers and counselors who work in substance abuse settings. I have done many media interviews and established and managed Hepatitis C Association’s hepatitis C toll-free support line and online discussion group from 2001 to 2012.

The following are some of my HCV advocacy contributions and activities:

Click here to read all of Sue's articles on HepatitisC.net.

The Most Common Symptom of Hepatitis C: Fatigue